We celebrate students who choose to study in a field where jobs are traditionally held by the opposite gender.  In 2017-18, Baylee Tinker from Ogemaw Heights High School was awarded the Breaking Traditions Award, presented at the state capitol. She met with Daire Rendon and was given a special tribute signed by the Governor and the state Senator and Representative.  Her instructor, Undersheriff Ben Lowe, attended with Baylee and her mother. 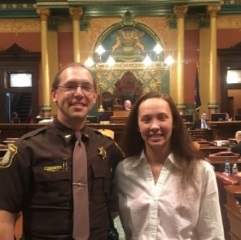 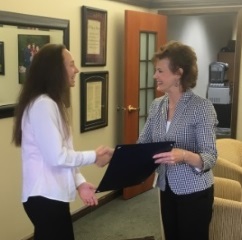 Students In Non-Traditional Programs Increase Their Potential For: